Do you like this Item?
1982 Toyota Supra Celica Supra for sale
Current customer rating: 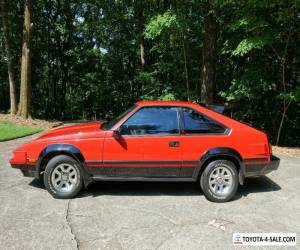 Up for auction is my Second Generation (MK II) 1982 Toyota Celica Supra, Performance Type, speed transmission, 127,000 original miles. Original paint, original interior, original spare, original straight cylinder engine. few things have been replaced or upgraded, and will try to point out everything as go along. bought the car in January 2007 with 94,400 original miles. All had to do was clean it up and replace few things, and it was in the condition you see today. Except for an occasional drive to keep the seals lubed, it has been in my garage under lightweight cover.
As shown by the VIN, this car was build number 8286. Coincidentally, this generation of Supra was built from '82 through '86 (actually only the first half of '86). But, being an early build, you will notice that the badges on the hood and B-pillars say "Supra". Halfway through the first model year, Toyota changed the badges to say "Celica Supra", and they remained that way throughout the production of this generation. So, only the cars built in the first approximately six months of production had the "Supra" badges.
The paint on the car is original. If you look along the side of the car, below the center molding, you will see that there is strip of red paint, then black pinstripe, another strip of red, and then black the rest of the way down. This is good indicator that this is original paint for this particular paint scheme. When these cars were repainted, they were usually just painted red above the molding, and black below. In any case, due to the quality of the paint, and the various chips and "patina" from all of these years, have no doubt that the paint is original.
However, when got the car, there was some damage to the rear hatch. Therefore, sourced good replacement hatch, had it painted to match, transferred the sun shade from the old hatch, and put new repro decals on it. So, the hatch is not original.
The radio and speakers are also not original, obviously, but have several non-working original radio/equalizer combos that can supposedly be repaired by an electronics shop. never tried. But the buyer is welcome to them.
When first bought the car, bought one of the last original OEM armrest pads for the center console. put it on, then put another armrest pad on top to protect it. Well, somehow, the aftermarket pad pulled the coating off of the original pad. assume this can be refinished, but haven't looked into it. The pad itself is perfect, having never had an elbow on it.
The floor mats are also obviously not original. They ARE custom made for the car. And chose the gray to match the door and seat insets, as liked the contrast. The mats are in excellent condition, but could use good scrubbing. The carpet is excellent, with no stains or tears.There are no rips, tears or stains on the seats or door panels (or anywhere else).
The car has the original worklight under the hood, and the original pull-out map light under the center console. have wired the fog lights to come in independently, and can be used as driving lights.
Mechanically, everything works as it should. It has always been hooked to battery tender, and has cranked every time I've turned the key.  The oil pressure gauge reads little low, but have checked the pressure with test gauge, and it's fine; guess the spring in the gauge is weak.
The A/C is typical Toyota, and is seriously ice cold (has been converted). If you notice on the top right side of the dash, the sun sensor cover is there; this is an item that is missing from most of these cars that are left. The Cruise Control also works as it should.
The tires are in excellent condition, with no cracking or dry rot, and excellent tread.
I do have one original key, and several duplicates.I also have the original owners manual.Over the years, have collected many NOS, OEM and used parts for these cars. Any of these items are available to the buyer at reasonable price.I bought my first Toyota Celica in 1982, and have had at least one, and sometimes as many as four, ever since. think they are some of the most fun, comfortable and reliable cars ever built, and this one is no exception.
This is an very nice example of an 80s icon, and is ready for someone to hop in and drive home. wouldn't hesitate to drive it anywhere. wouldn't call it "mint", but it's at least "cherry", although haven't had it professionally detailed. If anyone would like pictures of anything in particular, please send me message and will accommodate you any way can. have many more pictures available. have the title in hand.
On Jun-23-19 at 07:29:08 PDT, seller added the following information:Revision 1-The car has the 3.737 Limited Slip Differential.Revision 2-This is non-interference engine.
On Jun-24-19 at 17:06:58 PDT, seller added the following information:Additional Pictures. tried to get few underneath, but couldn't get it very high off the ground. The original engine cover is still on, so it's difficult to see much under there. Overall, it looks pretty good under there for almost 40 years old. There are no leaks under where it sits in the garage. 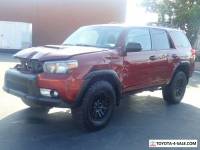 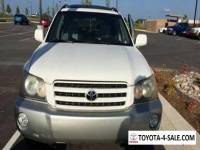 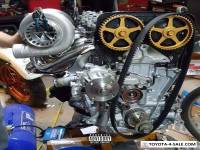 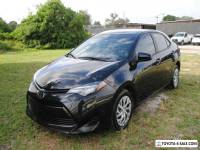 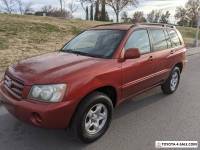