Do you like this Item?
1987 Toyota Land Cruiser FJ60 for sale
Current customer rating: 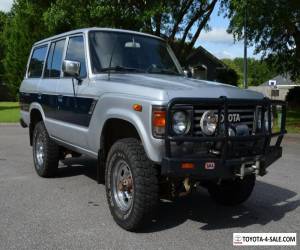 1987 Toyota Land Cruiser for saleVery solid Land Cruiser.  159K miles. Inline cylinder with Australian speed manual transmission.  Transmission installed new around 2002.  Dobinsons 3??? lift leaf springs, ARB frontBumper, M-8274-50 Warn wench, 31??? tires new in 2017, less than 5000 miles ontires.  Truck needs paint job and someinterior work.  Some small rust spots,but almost completely rust free.  Hassecond battery tray installed.  Verydependable vehicle.
Australian speed manual transmission, purchasednew from Toyota and installed in 2002ARB bull bar with Warn Winch M8274-50Dobinson Lift Kit: springs, shocks, SteeringDamper, Anti inversion shackles, U-bolts, and Poly BushingsDuel Stainless steel battery traysLED interior lightsHella Driving lightsCarb rebuilt and set up by Jim Chenoweth around2007Dash mounted throttle cable31??? tires, new in 2017, less than 5000 miles ontiresComes with Australian sliding rear side windows(not installed) and other misc items.  Some additional informationabout the history of the truck. my Friend and his wife (they have no children)used it as their daily driver for several years until they purchased newermodel land cruiser. they are NOT overlanders or people who go off-roading. hejust liked the truck. he did all the modifications to the truck. After theypurchased the other land cruiser, the truck sat parked for few years. duringthat time he would periodically crank it and drive it around the neighborhood.I bought it from him couple of years ago. my son has mainly driven it to workand school. replaced the tires. it had habit of eating belts at first, butthat turned out to be stuck fan clutch. replaced that and it cleared up theissue. with the speed it cruises at 70 mph with no issues. actually for asolid front axle truck it does very well on the interstate. would becomfortable taking trip in the truck. It has proven to be very dependablevehicle.The truck has very little rust. The spots that think are the worst, are small hole on cowling at the bottom of the windshield, and some surface rust at the bottom of the front Driver side fender. think the one on the cowling could be welded up and finished out If/when the truck is painted. the surface rust on the bottom of the finder could be sanded and prepped for paint as well. there are some light small surface rust that can be sanded and painted in various areas but nothing more serious than the two mentioned above that have found. Underneath the truck looks really solid. It is south Alabama truck, so no snow, no salt. there are some smalls dents and dings, but nothing excessive for 32 year old Toyota with 159k miles. This is solid truck.Full payment required and all forms of payment haveto have cleared before the vehicle will be released to the buyer.
Pick up only.  If you arrange shipper, will work with youwithin 15 mile radius for pickup. 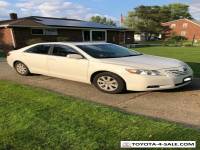 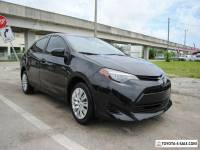