Do you like this Item?
1988 TOYOTA MR2 MK1 AW11 for sale
Current customer rating: 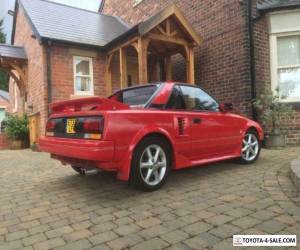 am reluctantly offering for sale my beautiful red mk1 Mr2. The car runs great like most of these cars. Unlike most other cars this one has no rust on the arches. It has mot until April 2020 and is in good general condition.
It is one that has been owned by mr2 mk1 club members for most of the last 10 years. first saw it when it was owned by club member after he had restored it, and decided there and then that this was the type of mr2 wanted. In March 2016 eventually got my hands on it and I??™ve very much enjoyed owning it. It is the 4th mk1 that have owned and is definitely the best.
There are couple of non-standard features on the car. It has the rear lights from an American Supercharger model of Mr2. think they look much better than the standard rear lights. It has 15??? alloys rather than the standard 14???. The seats are from mk2 turbo Mr2. And are very comfortable. The car has stainless steel exhaust and strut bar in the front. It has white dials instead of the standard black and they light up blue at night. It has remote central locking and an immobiliser.
This is sunroof model so there are no worries about the leaks that cause problems with the t-bar models. It has sunroof cover.

If you want to have fun eighties icon in your life this is definitely more fun than Rick Astley!
There are couple of bad points about the car. The handbrake is pretty useless. have had it tightened before an mot and it works fine for couple of months, before it starts to go again. tend to just park it in gear these days, but it's something had on my 'to do' list. The other bad point is the paintwork on the front bumper. It was pretty poor quality when bought the car, but hitting pheasant didn't improve it! It looks ok from distance, but again it was on my 'to do' list. I've had quote to get it resprayed for ??250. Other than that think this is pretty great car!
Also published at eBay.co.uk 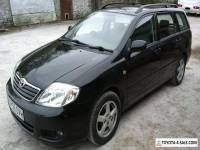 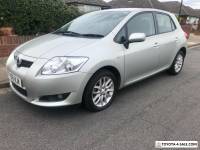 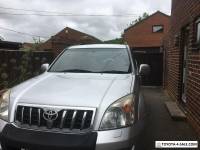 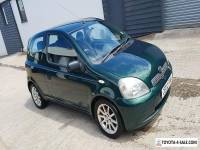