Do you like this Item?
1996 Toyota Tacoma n/a for sale
Current customer rating: 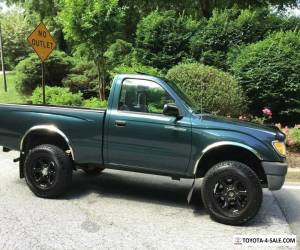 bought this truck couple of years back from co-worker because liked how compact it was and needed something to move around my log splitter. I've used it for yard work such as hauling yard waste, mulch, firewood etc. so you will see small dings, scratches and blemishes as you would expect using truck as it is intended, but as you can see from the pictures the original beautiful green paint has always been waxed and is still shiny and glossy. The motor is strong and does not burn drop of oil.  Shifts smoothly and 4x4 work flawlessly.  It is also non-smoking vehicle and has never been in an accident.
Some original parts were little tired when got the truck so had to replace some stuff.The first thing replaced was the Lower Ball Joints and tie rod ends with OEM.  The tires were wearing unevenly on the inside edge & changing out the ball joints took care of that.  The next thing changed was the 02 sensors and catalytic converter to clear an exhaust error code.Leaf Springs replaced because of the originals had cracked leaf.Passenger side CV axle replaced with rebuilt OEM from my local Toyota dealership.  Boot was torn.Original Valve cover gasket replaced 188k for slight oil seep.  Valve clearance were measured at this time and ALL were still spec!Original Fuel filter replaced with OEM.  There were no symptons here, just thought it would be good idea since the original was old.Spark Plugs, original wires and distributer cap replaced.Rear brakes and emergency break recently completely rebuilt 188k. Replaced front brake pads and rotors at around 170k with Powerstop slotted & drilled.New radiator hoses OEM, completely flushed old coolant with distilled water also 170kDelaware tagged and inspectedfull synthetic in the engine, differentials transfer case and gearbox redline mt90, and royal purple& Mobil 1The rims are not the original and the tires are 235 75 15??™s.  have the original steel rims that can be included in the sale but they will need to be refinished.There were couple of small rust spots that wore in the bed from the drop-in bedliner rubbing.  took the bedliner out fixed the small rust spots with POR-15, rolled Rustoleum bedliner & replaced the old bedliner over the roll-on for added protection.There is some rust starting on the frame but it is structurally sound & strong everywhere. I??™ve had mechanics inspect and the comments were most of these trucks have frame rust problems and that it is rare to see one on the lift that the frame is still in good shape. This 96 is survivor!Also there are some very small rust spots starting on the fender and quarterback panel wheel wells you can see in the pictures.I had the exhaust and catalytic changed out at around 170k but there is starting small exhaust leak in the back of the muffler.The previous owner was an audiophile and had subwoofer behind the seats that removed.  He put black sticky tape behind the cab to reduce vibration from the subwoofer.  started to scrape this off but only got half way through.Pioneer app radio with blue tooth back up camera & premium MB Quart component midrange and tweetersPlease be realistic when bidding this is an old truck but you will have hard time finding one with manual 4X4 locking hubs, manual shift and solid frame.  Truck has been indestructible for me at the same time has been taken care of and regularly maintained. Non-refundable 250 dollar deposit due within 24 hours of auction end and the sale is AS-IS.
Low reserve!
Thanks!!! 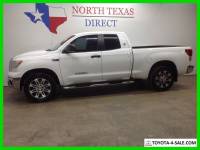 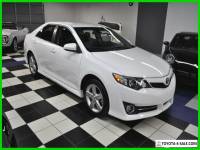 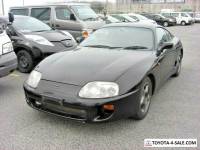 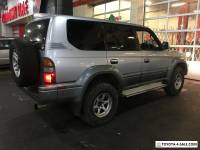 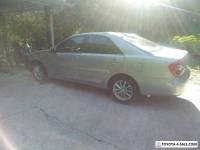