Do you like this Item?
2001 Toyota Tacoma Double Cab for sale
Current customer rating: 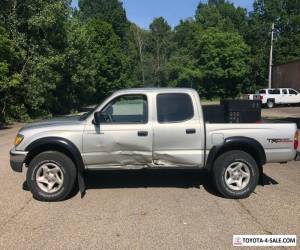 YOU ARE BIDDING ON AN ABSOLUTELY CLEAN 2001 DOUBLE CAB 4X4 TACOMA
It took me six years to find rust free Tacoma that was this clean that had all the right elements:
4x4DOUBLE CABLUNAR MIST SilverTRDLOCKING DIFFAUTO/AIROAK InteriorOriginally from Albuquerque, NMALL originalBF Goodrich Long Trail TA's with ton of tread on them
This was the Holy Grail of Tacomas that was going to keep forever.  Body was in very good condition.  Rubber window trim is little hard from the New Mexico sun.  Interior is in very good condition.  Transmission, brakes, and tires are all good.  just bought it last year.  The underside was sprayed professionally with Fluid Film.  The inner panels were removed to coat the inside of the doors.  removed the door panels and vacuumed the sand out of the doors in prep for the Fluid Film and there wasn't sight of any rust.  No holes were drilled in the doors for applying the Fluid Film (hence removing the panels).  The door panels didn't all get replaced as shown in the pictures but have them.  did all this prep for the winter.  It's only seen the snow few days.  hit patch of ice and just barely made it around fire hydrant.  The body is the only thing damaged.  The frame is straight and was untouched.  The wheels didn't hit the fire hydrant either.  The doors still open and close, but the driver's seat belt is locked and the seat isn't level because the floor is pushed in.  It drives perfectly fine.
The underside is absolutely amazing.  It's like time capsule.  don't have the time to repair it and it needs to go to someone that can.  It's been in storage and this is the first time I've had chance to get pictures and post it.  It's great truck and has so much life left in it.
The only other gremlins that it has is an inconsistent dome light and one valve cover gasket needs replaced.  Timing belt was completed around 110k.  notice the hood was left open in the pictures.  It does close properly and all the way.  It just wan't closed after taking pics of the engine.
If you need more pics, please ask.  Ebay only allowed 24.
Truck is in storage in Tallmadge, OH and can also be brought to Strongsville, OH.  I'm 20 minutes from Cleveland Hopkins Airport and can pick you up if needed.
GOOD LUCK BIDDING!!!!!!
Also published at eBay.ca 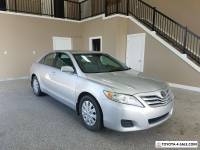 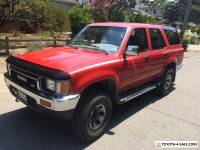 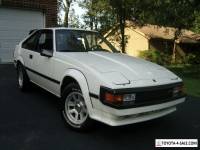 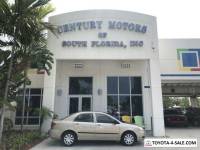 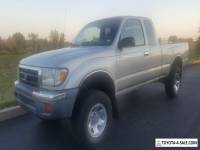