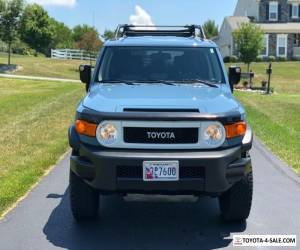 Offered for sale here is 2014 Toyota FJ Cruiser Trail Teams Ultimate Edition of 2500.
Every year from 2007 until its final production run in the U.S., Toyota introduced Special Edition version of the FJ Cruiser for the U.S. and Canadian Markets. The first year they were called TRD Special Editions, and in the years that followed, these Special Editions were known as Trail Team Editions. Each year these Special Editions were painted special color in monochromatic design. They were also equipped with special package of Toyota Racing Development Division options. The Trail Teams Editions were limited production model of no more than 3200 units per year. In 2014, Toyota announced that that the limited run on the FJ Cruiser was coming to an end with the 2014 model year in the U.S. and Canadian Markets.
To commemorate the last year of the nine year production run, Toyota announced that the Special Edition vehicle for this final year would be known as the Trail Teams Ultimate Edition and it would be limited to 2500 units. The TTUE as it came to be called, was going to be available in one color, Heritage Blue, and for the first time the signature oval grille and headlight bezels would be painted white to honor the 1960's era FJ 40. The TTUE would also for the first time be equipped with factory level lift that included rear remote reservoir suspension by Bilstein. In addition, the front lower engine shield was constructed from 1/4" unpainted aluminum and it was embossed with the TRD logo. The TTUE also came standard with special CRAWL feature when ordered with the speed automatic transmission. Other styling cues include two tone interior seating that included silver insert to match the silver colored radio surround featured in the center dash cluster.
This particular TTUE was also equipped with factory TRD cat-back exhaust, tow hitch with wiring harness, all weather mats, passenger side armrests, and rear cargo cover. Billet grab handles are featured throughout and the shift knobs are rare TRD Billet Edition knobs. The engine compartment features TRD oil cap and TRD radiator cap as well. Color matching door protectors were added for additional protection. factory in-dash Garmin Navigation unit was added making it very rare TTUE indeed.
The TTUE was professionally undercoated when new by Ziebart with package that included the Diamond Gloss treatment for the paint and special fabric treatment for the interior.
This TTUE has been garaged kept and it has not been involved in any vehicular accidents, so all the sheetmetal is original and still includes the vin identification stickers. The TTUE is also being sold with the Better Built Aluminum Drawer Storage Box and Cargo Logic Tote.
All preventative maintenance has been done by Koon's Toyota located in Westminster, Maryland.
Please feel free to email me with any additional questions or if additional photos are needed. Asking $45,000 or best offer. This vehicle is sold 'as is' with no warranty implied. It will also be listed locally.
Also published at eBay.com 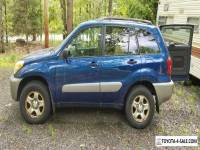 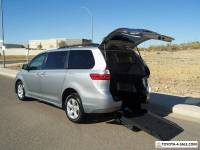 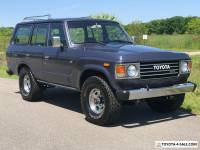 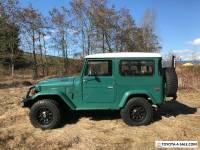 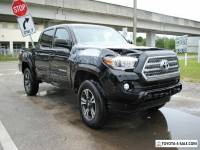