Do you like this Item?
1969 Toyota Land Cruiser for sale
Current customer rating: 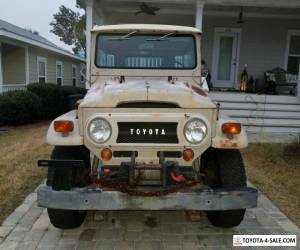 1969 Toyota FJ40 Land Cruiser For Sale OEM Dream Come True for the perfect Father's Day gift
When Toyota and Land Rover went head to head in the 1960s, Toyota won nearly every encounter in the roughest parts of the former British Empire. The short-wheelbase FJ40 was generally sturdier and did not require as much maintenance as its British counterpart.
All FJ40 Land Cruisers are two door four-wheel drive trucks with removable hardtop, doors and fold down windshield frame allowing for "open-air" driving. The Land Cruiser first came out in 1960 and soon started showing up in the US market in 1963. Since then the Toyota FJ40 Land Cruiser has devoted following all its own based on its reputation of being the most reliable off roader available.
This 1969 Toyota FJ40 is superb example with near 100% originality retained.  It is equipped with the bullet proof inline 6-cylinder engine producing 155 HP and speed manual transmission (aka ???3 on the tree). Designed with minimal interior, offering safari jump seating and just the necessities needed to go off roading. This FJ is highly capable off-road machine. It is ready to be driven through harsh terrain and enjoyed in its natural habitat.
This three owner Land Cruiser was restored in the last two years. Originally from Nevada, moved to California, and has spent the last year in Florida. The only remaining item that needs to be addressed is the interior/exterior paint selection. In its current state, almost everything is original.
Factory EVERYTHING. Steel wheels and hubcaps (with spare). Interior seats in great condition. Brakes refreshed. All new seals applied.Gas line flushed. Roof lip filled in and applied off-white bedliner ???paint??? (both inside and outside). **OPERATIONAL WINCH THROUGH THE DRIVE TRAIN. COMPLETELY OEM.** Comes complete with original service booklet and repair manual along with 1.5??? file folder of all work that has been completed. ALL numbers match. Factory original drivers door pillar mounted Toyota Data/VIN plate.
Prices on these 69 FJ40 are steadily increasing. Finding one in this kind of mechanical condition and overall quality is rare. Everything is sound mechanically. You really just need to pick your favorite color to update the paint and then head out on your favorite trail, to car show, or just Sunday drive! 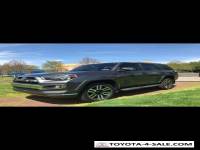 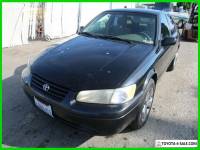 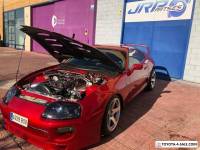 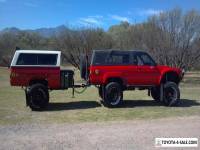 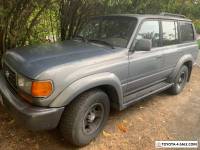