Do you like this Item?
1982 Toyota Land Cruiser for sale
Current customer rating: 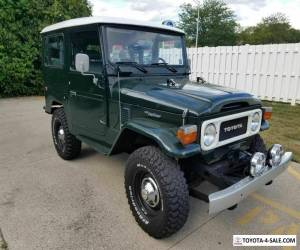 This is your opportunity to own very nice one of kind 1982 Toyota Landcruiser FJ40. It is in amazing condition inside and out, runs and drives perfectly, and only has 61,000 miles on it. It has been physician owned the past several years, driven very lightly on paved surfaces and always garaged. It was never driven in rain or snow. Tub replaced with aluminum tub that will not rust.
It comes with the hard top, soft top, and bikini top. TOTAL SETS OF DOORS, set of doors for each top! Also comes with an extra wind screen! Original radio is included as well.
Ebay will only allow me to list 24 photos so message me at [email protected] or text me at 812 360 5902 and I'll send you link to the full gallery.

"As Japanese copy of the famed WWII era jeep and with origins dating to the Korean War era, Toyota launched the FJ40 series utility vehicle in 1960. Official importation to the U.S. began in 1963, and within two years the FJ40 Land Cruiser was hands down the best-selling Toyota in America. Cosmetically, the FJ was essentially the same truck until it went out of production in 1983, barring minor trim tweaks; however, it saw gradual progression of functional improvements and upgrades over the years, shifting from being bare-bones rock hopper to commensurately equipped modern SUV 30 years ahead of the curve.The FJ40 was available as open-bodied or fully enclosed two-door wagon, or the longer wheelbase FJ45 could be had as two-door or four-door wagon, in addition to two-door pickup (although they were rarely sold in the U.S. due to the 25 percent ???Chicken Tax??? on light duty cargo trucks). The FJ45 gave way to the FJ55 in 1967, which for all intents and purposes was the birth of the modern Highlander-a truck-based, fully styled wagon with an emphasis on comfort over utility.As FJ40s reached the secondary market, it became very common for owners to take on engine swaps, most notably by replacing the FJ??™s stock six with small block Chevy V-8. The Chevy engine certainly yielded more power, but Toyota??™s six-cylinder was essentially reverse-engineered 235-cid Stovebolt six Chevrolet engine that was indestructible. This is part and parcel why stock power trains will continue to pull big money-few are left versus fleet of retrofits."
Please call or text 812-360-5902
Also published at eBay.com 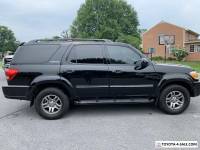 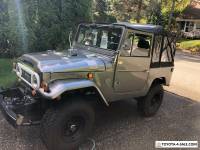 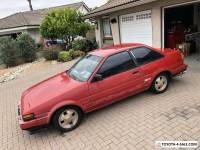 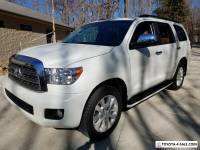 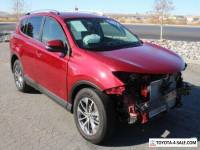